As director of product at Dribbble, Sarah Kuehnle is responsible for creating tools and features used by nearly half a million users every month. What’s the hardest part of keeping half a million designers, illustrators and photographers happy, day in day out? According to Kuehnle, Dribbble’s biggest challenge is also it’s biggest strength: multitasking.

“We have a pretty aggressive roadmap, there’s a lot that we want to do for the Dribbble community, and we try and tackle as many projects as we can at once. Maybe this is a benefit of working remotely, but our team is pretty good at breaking up into smaller teams and running a lot of those projects side by side.”

But corralling a team of two dozen remote team members around a series of constantly-changing projects month after month is no small task, especially when the tools that remote teams use for collaboration seem to change every few years.

“What’s really difficult about that, especially from a management perspective, is keeping track of what’s going on in all of those projects. Right now, we have six different projects of various sizes that are running alongside of each other. Being able to understand where we’re making progress and where we’re stalling is absolutely the most [challenging] thing.”

It was in the context of all of this—a rapidly growing remote team spread across two continents, a constantly growing list of projects, and an ocean of potential collaboration and project management tools—that Kuehnle was tasked last year with improving the way Dribbble organized, worked on and communicated about projects.

After trying “just about every single project management tool that’s out there,” Kuehnle says there was only one solution that fit the bill: Flow.

Google “project management tool” today, and you’ll find hundreds of different apps, tools and methodologies, all of which promise to transform the way teams manage their projects for the better. When Kuehnle says she’s tried just about every single one of them, she isn’t exaggerating.

“We looked at Jira, we looked at more product-focused tools like Aha!—all of them were just a little too heavy, and they subscribed us to a method of working that didn’t really match the way that we actually worked.”

“Weight” is a concept that Kuehnle brings up often when discussing the tools she’s tried—she uses it to describe the feeling of being burdened with too many features, and ways of working that seem unnecessarily limiting. Kuehnle says that Flow initially piqued her interest because it was one of the few tools she could find that didn’t feel that way.

"Flow was particularly interesting to me because it was so flexible. It doesn’t subscribe you to a particular way of working—you don’t have to have whatever ‘flavour of the month agile’ that people are excited about at the moment, and you can get Flow to work the way that you work.”

Simplicity, of course, isn’t everything when it comes to finding the right tool. Kuehnle says that her team also tried lighter-weight apps like Trello, and found that the lack of features often caused the team to complicate matters even further, by overburdening their system with plugins.

For Kuehnle, Flow’s immediate appeal was its lightweight flexibility, and how it helped her teams avoid feature and plugin bloat. 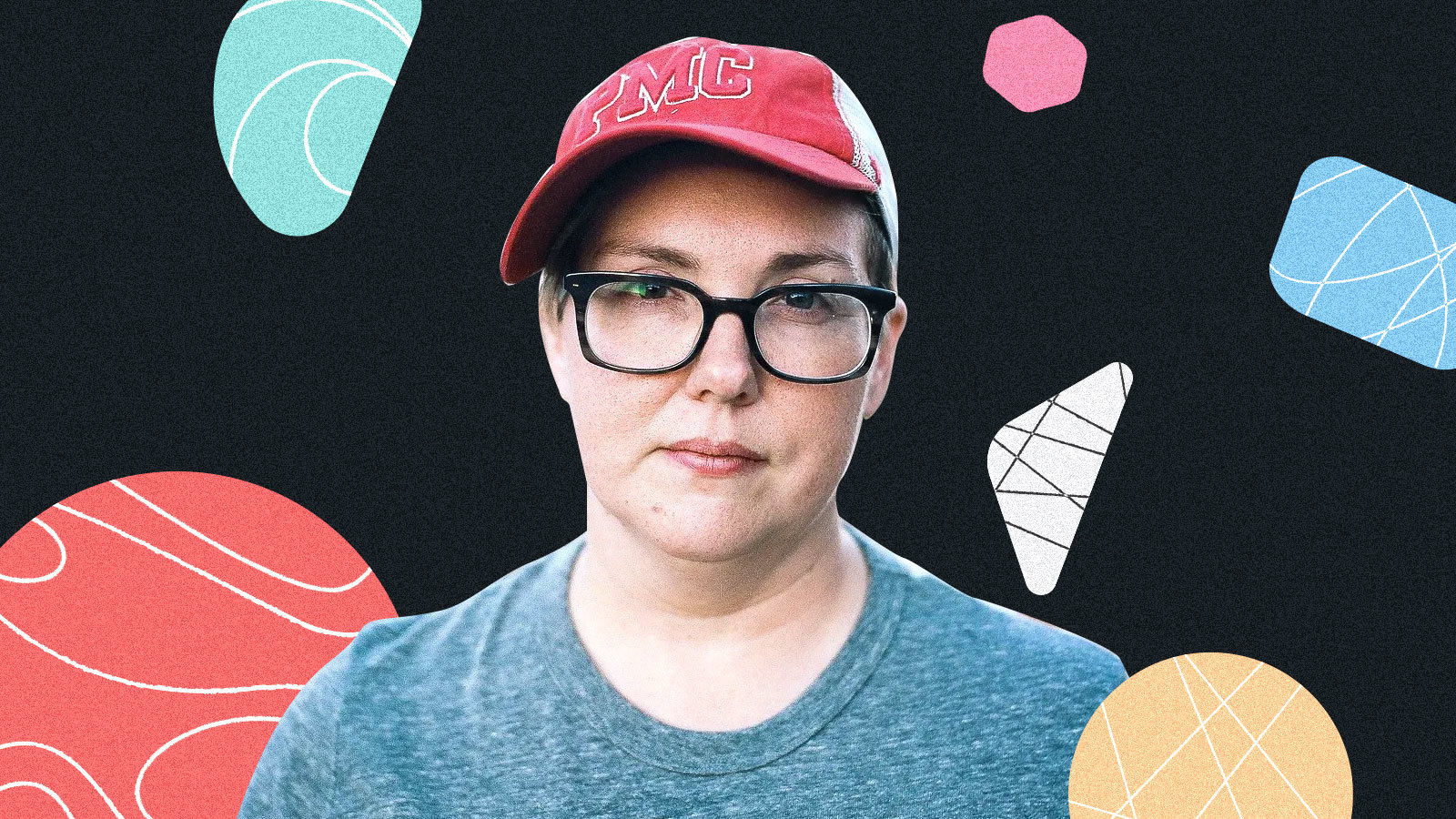 Looking out at across the vast expanse of project management solutions available to her, another feature that Kuehnle found herself wanting for during her search was a half-decent timeline and roadmap planning tool. She found many of the options she experimented with cumbersome, and even unusable—she recounts how one tool she used had so many features that it had to use an 8 point typeface to fit everything on the screen.

“I’m quite allergic to just about every roadmapping tool that I’ve seen. I don’t think most of them are very good.”

Kuehnle says that what excited her about Flow was its straightforward approach to organizing and representing the various levels of project management.

“After we split up our process into the idea of ‘tasks, projects and timelines,’ it became so easy to map our process and the way that we plan and track our work.”

Keuhnle says that what was most powerful about this approach was that it allowed her team to avoid unnecessarily complicated processes and focus on what they do best: solving problems.

“We all converge around a project or a problem we’d like to solve, and we don’t rely on any specific agile rituals. We talk about a problem, decide how we want to tackle it, create a project in Flow that lets us identify what we need, and then get to work.”

“Visual appeal” isn’t a term that often gets thrown around in discussions about project management methodologies and tools. But Kuehnle isn’t reluctant to admit that careful design and visual organization are something she puts a premium on when it comes to her tools.

“One thing that struck me about Flow was that it actually… looks nice. I think when it comes to business tools, we often think its okay to overlook things like that. But the user experience, the look and feel of these tools, actually really matters, particularly when it comes to adoption in teams. It’s nice when you can show an engineer a new tool that you’re requiring them to use and they don’t cringe.”

Dribbble CEO Zack Onisko goes a step further when describing what he looks for in the design of a project management tool.

"I've used dozens of project management apps in my career. You name it, I've used it. None compare to Flow in the thoughtfulness of features and the quality design of the overall experience,” says Onisko.

“It's functionality-rich, while maintaining an intuitively elegant interface. Flow is everything that Dribbble needs to simply and effectively manage the team's projects, tasks, and timelines.”

Kuehnle says that something as innocuous-seeming as being able to colour code a project has made a huge difference in the way that her teams approach planning projects.

“I was in a meeting just a few days ago where they were arguing about what colour a project was going to be. That becomes important. It shows the ownership, and how people are looking at the tools they use.”

Kuehnle also says that using a tool that takes design seriously has resulted in several unintended benefits, particularly when it comes to working with remote team members.

“The lightweight nature of this also makes working with a remote team very easy, because it’s not a distracting UI to work with when you’re trying to share a screen with 12 people. It’s still easy to follow what’s going on.”

Flow’s power, ease of use and flexibility have also resulted in one other major unintended benefit at Dribbble: it’s brought every team at the company together on one platform, allowing them all to work according to their own habits while speaking one common project management language.

“Over and over again we would talk about these tools and the way we wanted them to work, and we kept saying there must be one tool that we can use to bring everybody together, so that we’re all working in the same place,” Kuehnle recalls.

“I think knowing that everybody has one place to look to find the work that they need to do, for a remote team [especially], is very important.”

Flow’s ease of use and ability to adapt to any style of working is what Kuehnle thinks makes it particularly powerful for remote teams like Dribbble’s. Far from being simply a tool for scheduling projects, for remote teams that don’t have a physical office, Flow can take on the role of a gathering place and a rallying point.

“One thing that has been invaluable to me, oddly enough, is being able to look at our team view in Flow, and understanding what time zones people are in. That makes a huge difference for remote work.”

Having a tool that’s flexible enough to work for every team in the company—whether its support, community, business or sales—has allowed Dribbble to use Flow not just to manage projects, but to give the entire company a shared language for talking about work.

Get started with Flow today

Try Flow for 30 Days Continue to

Flow won’t run on your browser. To deliver the best possible experience to our customers, we took advantage of the latest web technologies that aren’t supported by your browser. As such, we can only safely support the latest versions of Safari, Chrome, Firefox, and Internet Explorer. Learn more at Browse Happy

I've used dozens of project management apps in my career. You name it, I've used it. None compare to Flow in the thoughtfulness of features and the quality design of the overall experience. 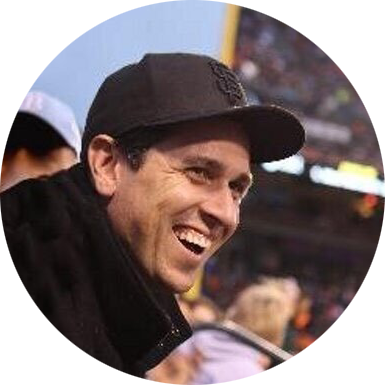